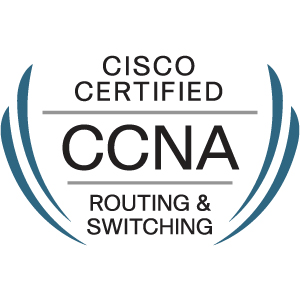 After several months of effort I’ve finally completed the ICND2 with a score of 915/811. I have to say that it definitely felt like a more difficult exam than the ICND1 but that just makes passing it all that more satisfying. It also means I have completed my original personal goal of A+/N+/S+ and CCNA, hopefully a winning combination that will make the job hunt at least a little bit easier in the future.

Materials I used in my studies

When I was going through my networking college program I was fortunate enough to have Cisco Netacad as one of the requirements. For 4 semesters we took 1 additional Netacad class per semester, the first 2 being related to the ICND1 and the last 2 being related to the ICND2. Looking back they definitely helped develop of a solid base of knowledge that I was able to build off of using other materials.

Naturally the Official Cert Guide was one of my major sources, reading the book from cover to cover. It’s extremely dry but crammed with information (although surprisingly still not complete when it comes to the ICND2 requirements). I then supplemented with some Udemy videos using Neil Anderson’s Cisco ICND2 200-105 – CCNA Bootcamp. I found I really enjoyed his method of explaining the concepts and made the information much easier to stomach than either Netacad or the OCG (official cert guide). Normally I’d consider 3 sources enough and schedule the test but either due to lack of confidence or just plain fear I opted to get one more source through the use of Chris Bryant’s Udemy course CCNA 2019 200-125 Video Boot Camp. I didn’t end up finishing his video series but he put heavy emphasis on doing labs to improve, which made his videos very practical when it comes to building the skills you’ll need.

And finally I used Boson ExSim (just like with ICND1) to isolate weaknesses in my knowledge and make myself paranoid about my lack of knowledge. This time I mostly used the study mode during the last couple of days before the test, carefully reading all of the explanations for why certain answers are correct and why another perfectly reasonable seeming answer was less correct. I think it’s important that you use it either at the very beginning (to gauge a starting point) or at the very end, and not a persistent method of study. I personally find that after going through just 1 round of the tests I’ve memorized too much for them to be particularly useful again.

In about a year and a half I successfully passed 6 certification tests, 2 for the Comptia A+, 1 for the Network+, 1 for the Security +, and 2 for the CCNA and I think it’s almost time for a bit of a mental break. Just kidding! It has been less than a week since I passed and I’ve already started to grow restless in my spare time. I think my next target will be the non-technical certification known as ITILv4 Foundations. After that the target gets a little bit more hazy. There has been a long shot dream of mine to chase the Offensive Security OSCP certification but that’s not quite where I want to focus at the moment.