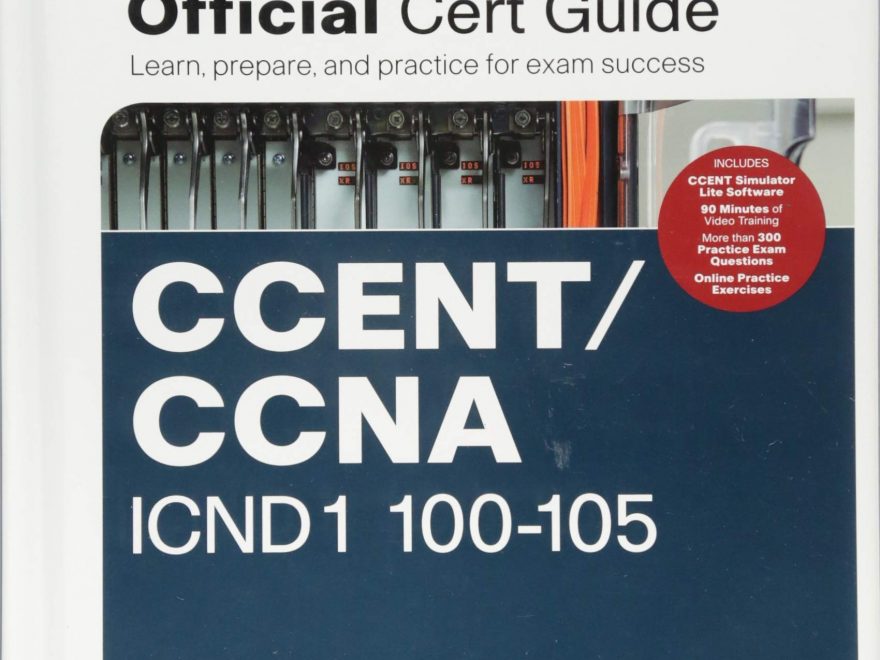 My journey for the CCENT has finally ended, having managed to pass the ICND1 test with a score of 930/1000 with the passing score a mere 832. I do realize of course that the ICND1 is considered to be an entry level exam and many people before me have passed it, but it was definitely a first for me. My only other point of reference being the first half of the A+ exam I had taken and passed previously. As I have already written about the CCENT I figured I would do this post as a bit of a closure

It feels like a great weight was lifted off my shoulders the moment I clicked the end exam button. Cisco seems to have a way of making it feel like you’re failing the exam the entire time. By the end of the test I was expecting a big fat “You have failed” image to show up followed by words of encouragement to try again and hand over your hard earned money one more time for the privilege of taking the test. Individuals on Reddit seem to agree with the assessment that you generally feel like you’re failing even when you’re passing.

When I was finally one week away from taking the test I changed things up a little bit and bought the Boson ICND1 Practice tests. I’m not sure if they are a blessing or a curse but they certainly added a lot of anxiety to my final week of study. I had been using the Pearson practice questions that had come with the official certification guide picture in this post and was feeling pretty much ready to get things started. Boson immediately made me second guess that as I failed the first practice test with a rather embarrassing 650/1000. Now I had heard that the Boson practice tests were harder than the actual ICND1 test but that still feels like a kick in the teeth and just the thing to put me into a bit of a panic mode. I devised a plan to take each of the Boson exams (5 in total) once per day in simulation mode. Each morning I would take a Boson exam, promptly fail it, take a short break, then go through the same test again in study mode reading every answer and googling as needed in order to fill in the gaps of my knowledge I didn’t know existed.

On the final day (which just so happened to be the day before the real exam) and on the final Boson test I scored just above 790, still technically a failing grade by Boson standards but very close, still sweating it out though. Ideally you want to be passing all those tests first try before you attempt the equivalent Cisco test. But alas I had run out of time. And taking the Boson tests again seemed to be useless for my purposes as I had either memorized the answers to the questions or studied the exams a little too well scoring high 900’s. Not a very good metric anymore. So now what do I do?

The day before I wrote the test I decided to post a thread on Reddit asking people for any advice or tips that they had before writing the test. The responses weren’t as varied as you’d expect them to be. The driving factor being that if you have put in the time and the effort the final 24 hours is more about relaxing the brain and preparing yourself for the test from a more mental and physical aspect. Get plenty of sleep, drink water, breathe, relax, get up early, eat breakfast, arrive early. It all seemed like good and obvious advice and I took it to heart.

I probably should have bought the Boson tests sooner to reduce the mental pressure a little bit, but otherwise everything worked out pretty well. I feel I have learned a lot from the experience, and it is heat and pressure that makes diamonds after all.

I suppose the only thing left to do now is chase after the full fledged CCNA by completing the ICND2 test.